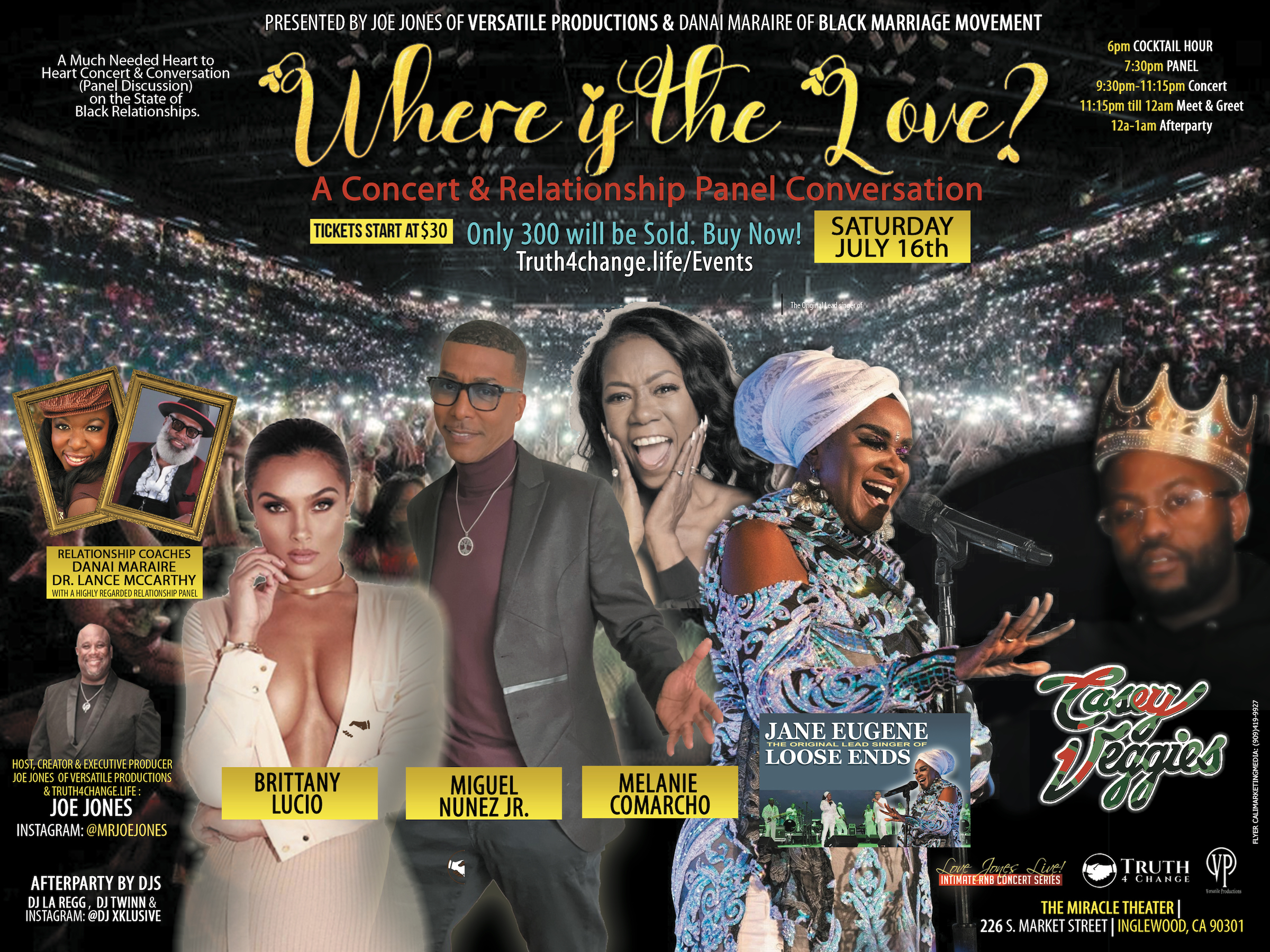 Where is the Love? A Relationship Panel Hosted by Miguel Nunez Jr and Concert with Loose Ends, Casey Veggies and KJLH's Adai Lamar

This Never Seen before Event will be the Talk of the Town as it will Target Ages 30 to 60 with a Cocktail Hour Prior, a Live Concert with 2 Platinum Artists Jane Eugene Original Lead of LOOSE ENDS and former Roc-Nation Rapper Casey Veggies with a Special Comedic Performance by the Hilarious Def-Jam Comic and KJLH's Adai Lamar. There will be a Meet and Greet after the Show. The Show will be Hosted by the Funny Actor Miguel Nunez Jr. (Juwanna Man & Life) and the Lovely Actress Brittany Lucio.

$
42
Assigned seats on the floor 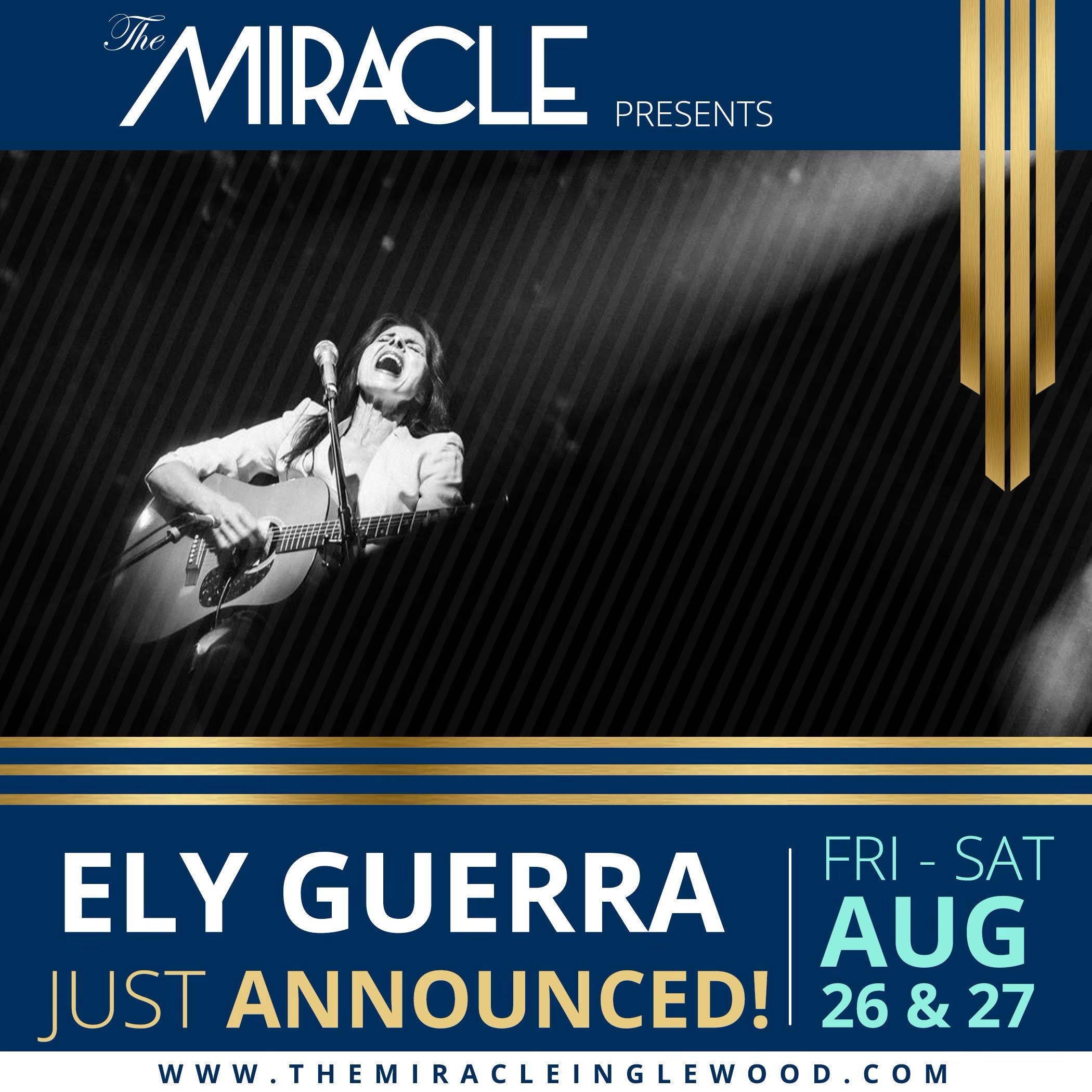 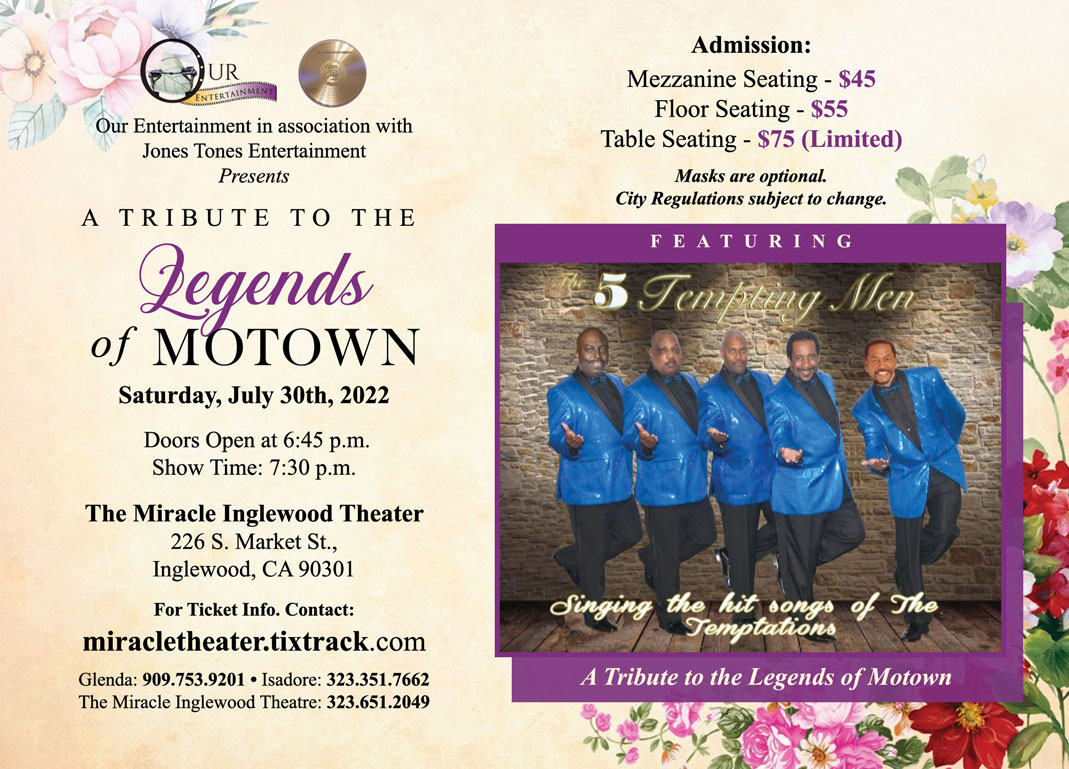